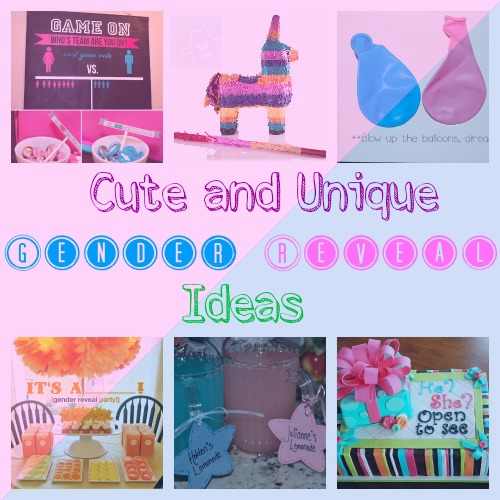 Looking for Unique and Fun Baby Gender Reveal Ideas? Gender Reveal Parties are all the rage lately, especially on Pinterest. Back in my day, we didn't really do gender reveal parties. Well, my girls are all in school so it's been a while since I've been pregnant. But basically it was just like.. Oh hey, it's a girl! Yes, I did that three times since I have three girls. ;) 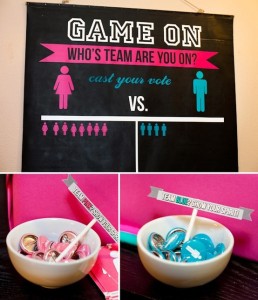 Pick a team! – Via Blog.hwtm.com 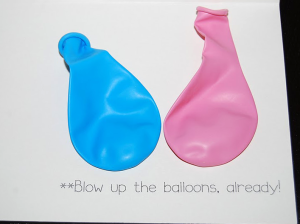 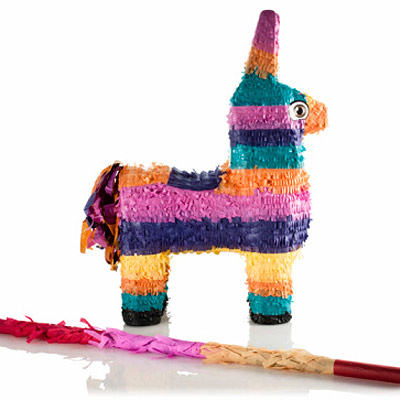 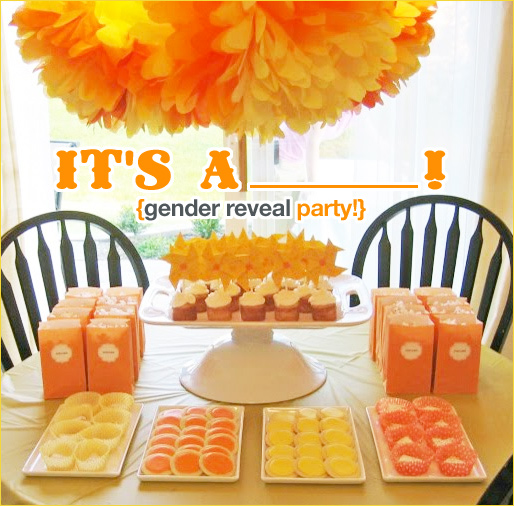 Cute and yummy! – Via Blog.hwtm.com 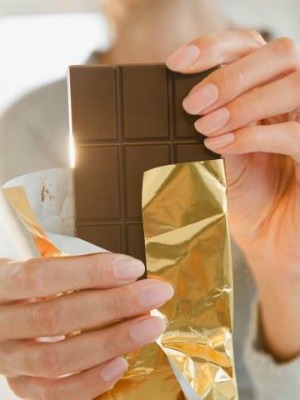 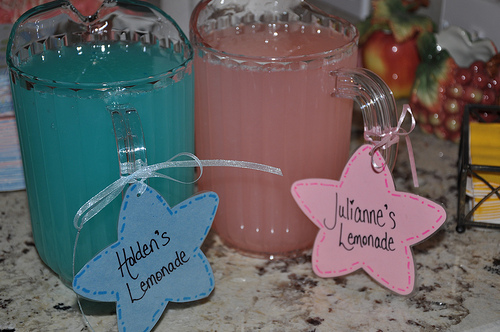 For even MORE Gender Reveal Ideas, I hit Cafemom:

We are going to order Jones soda because they let you make a custom label. We’re going to have an ultrasound picture as the photo and have a cute boy or girl poem on the back. For the flavor, we’ll have either blue bubblegum for a boy or berry for a girl. We will then give them to family members.

We are filling up either pink or blue balloons with helium and putting them in a large box. My husband and I are going to open it in front of all of our family and let the balloons reveal the sex! We want to tell our families immediately after the appointment, and this seems like the best way.

We had our doctor write the sex of our baby down on a piece of paper instead of telling us. Then we had a special cake made with a surprise inside! We invited over friends and family to cut the cake.

I have a friend who invited everyone for dinner and bought special colored dessert plates only the very center had color and so you had to eat the dessert to find out. Another bought scratchers.

I found out the sex of the baby and went and bought a pair of blue baby socks and a little camo onesie, wrapped them up and mailed them in my husbands next care package.

My girlfriend just did an fb reveal by taking a belly photo with a girls rule ribbon /fantasy sticker on it. It was cute. Not really helpful but you never know what might trigger an idea.

Her BF suggested a volcano and when the “lava” comes out whatever color it is the sex….kind of think that would be fun….hope he knows how to make a volcano!

Our friends did the unity sand bottle at their wedding…..where the bride and groom each pour a colored sand into a pretty bottle and the colors blend.

When they were expecting, they revealed the gender at the baby shower, presenting the guests with “favors” of baby bottles filled with pink , lavender and white sand.

A friend had a cake baked and in the cake had only one collored sprinkle in it. Blue for boy pink for girl. She also did the clothes pin game. (have everyone over and each person wears a clothes pin on their clothes. If they are caught doing one of the restricted things on a list that you make, the first person who sees them do it gets to take their clip away. at the end of the party their was a big gift that the winner got to open. Inside was a home made baby blanket and a baby doll that was dressed in either baby boy clothes or baby girl clothes.) Make sure you let your guest know that the winner will get the honors of revealing the sex of the baby! Most want to do it so they will be keeping a close eye on everyyone to try to be the one to get the honor of opening the gift with the gender suprise in it! 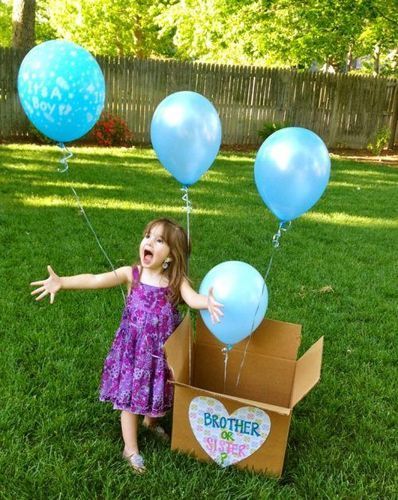 I'm doing mine via photos. I don't know if these have been suggested already but one of the ones I did was put blue balloons in a wooden box that we had and my husband and I stood behind it while our 2 and 4 year old daughters opened it. I taped the strings of the balloons to the bottom so they wouldn't float away just in case the photographer missed the balloons coming out and needed to have us do it again. Lol! I also got on my knees so that I was the same height as my kids and the three of us showed our bellies (mine was a side view though-lol) and we each had a letter painted on our tummies so that we spelled out “BOY.” The last thing we did was that on the side of my tummy I took a baby doll and painted its foot with blue paint and put a tiny blue baby footprint on the side of my stomach. Then my husband put his arms around my stomach and with his hands made a heart around the footprint. :-) After the photo session I also thought that I could have taken 5 blue balloons and put a letter on each one to spell out “Isaac” (our baby's name) and had us all stand in a row while holding the balloons in order. :-)

Another idea is getting a solid colored balloon and filling it with blue or pink sequins (less messy than glitter) and asking a family member to do the honors of popping it (maybe grandma or older sibling, etc.)

You will find lots of Gender Reveal Ideas on Juxtapost.