Home / Health & Wellness / How to Find Yourself After a Divorce

When you're married, you don't necessarily realize you're a different person… until the divorce comes. Then, you look back and think “what the fuck was I doing?”. You think about how unhappy you were, for years maybe, and you wonder why you stayed. Or maybe you look back and wonder why you didn't try harder, why you didn't fight to stay together. Either way, it is what it is and now it's time to figure out how to find yourself after a divorce.

Stop feeling sorry for yourself.

You got a divorce. Big fucking deal. What that means is you joined over half of America, because everyone is divorced these days. Does that mean you get to sit around feeling sorry for yourself because your ex did you dirty? No ma'am! Get all that shit out of the way, and fast. No time for moping around. It is what it is. Shit happened, time to move on.

Check out the best unexpected benefits of divorce.

I don't know about you, but I tend to go numb when feelings and emotions get involved. I'd rather bury my head in the computer and hustle up some cash than talk about how I'm feeling. For some people, that works (worked for me!)… but it's usually temporary. Something else will come up later and everything will crash down on you. It's better to work through how you're feeling sooner rather than later. Write it out, scream it out, whatever you gotta do… just handle it.

Chances are, you spent the last few years of your life (maybe more) catering to your spouse. You made compromises, you worked hard to make them happy, but now it's your time. Don't skimp on this step. Being selfish isn't a bad thing! As long as your kids and house are taken care of, nobody has the right to judge you for what you do on your down time (don't do drugs though, k?). Go get that pedicure your husband would've bitched about. Cut your long hair that your wife loved but you hated. Wear that low-cut shirt and those tight pants. Take the painting class you've been eyeballing. Get some ink. Do something for YOU every single day.

When my wife and I separated, we waited a week or two to tell everyone about it. In the meantime, I unfriended all of our mutual friends on Facebook. I didn't do that to be petty or to ask people to choose sides, I just wanted a clean break. If you want to cut ties, even if it wasn't a nasty divorce, don't feel guilty about it.

Over the next few months, I slowly started talking to a few mutual friends again but I tread carefully. When we first broke up, some of my friends were flirting with my wife and even trying to hook up with her. Thankfully, she got rid of all of them rather quickly, but cutting ties with all of our mutual friends made it easier on me.

Now it's been about 7 months and we are on good terms. We're moving forward with a blog project we started before the divorce, and I think we've both realized we make better friends than wives. 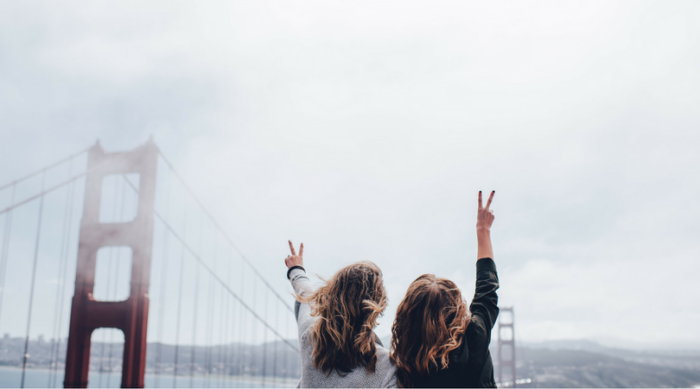 Even if you're still friends with your ex, you need to make new friends that are 110% your own. I have made new friends and even a best friend. Most of them don't know who my ex was, which is nice because it's like a fresh start for me. Find new friends in mom groups (beware of sanctimommies!) or through friends you already have.

Check out how to start new family traditions after a divorce.

Don't be afraid of hookups.

Those of you who know me know I'm the quiet, vanilla one when it comes to this subject. You won't see me talking about sex on social media, and I don't kiss and tell. But I will say this: don't be afraid to hookup! I don't care if it's with a man or a woman, I don't care if you've known them for years or just met them. The first time, you may be a little nervous – especially if you were married for a while – but, it's just like riding a bike ;) you'll get the hang of it quickly. Set clear rules and boundaries ahead of time (yo, you're not sleeping over… bye), be safe, and have fun.

Don't be afraid of being alone.

Hookups are great, but the flip side is being alone. So many of my divorced friends say the hardest part is having to sleep alone. I disagree! I LOVE sleeping alone. If you're having an absolute terrible time at it, get a dog… you'll never sleep alone again. :) Learning to be okay with going places alone has a bit of a learning curve, but once you get it, you'll never want to look back! I went to my first solo concert (5FDP!) about a month ago and it was the most amazing experience. Going shopping, to the movies, etc all by myself is great, too. And cheaper!

“Work harder” could mean you should've left sooner, or you could've stuck it out a little longer. I'm not saying you failed your marriage, because I don't know your situation. I do know I could've tried harder and didn't. Now, I work harder for myself. I doubt I'll be in a relationship any time soon but if I am, I'll think back to what I sucked at in my last marriage and work harder on it in the next one. You don't have to be with someone to be happy, so don't rush into anything. When the time is right, you will know.

This is my favorite part of being single. Whatever money I make is MINE MINE MINE and I don't have to share! I don't have to feel guilty for spending $300 on myself and not spending that amount on my spouse. I just hustle and make the money. Period. End of story. Done. If you're struggling to make money after your divorce, stay tuned for a follow-up post next week where I cover exactly how I'm making six figures as a single mom. In the meantime, check out my how to start a blog post if you want a head start. If you already have a blog, check out what to do next. 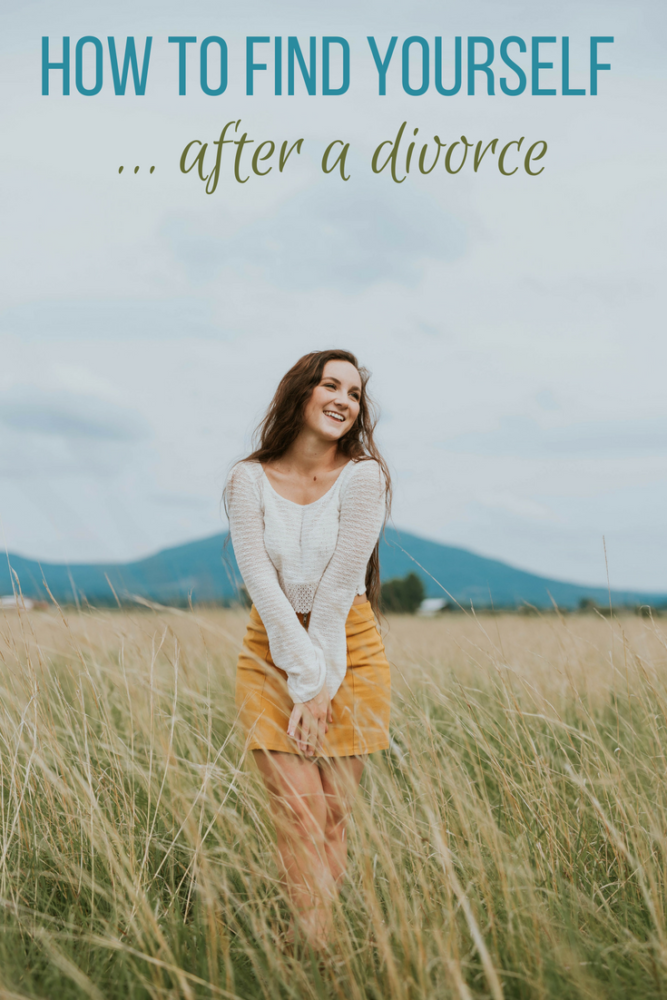