It's no secret: guys lie to get laid. It starts when they're teenagers, and it stops… well, I don't know if it ever stops. As a teenager, it's easy to get sucked into a cute boy's charm. It happens quickly, and then all of the sudden you don't know which way is up. You've lost your damn mind and are doing things you said you would never do. I was there, I get it.

As the mother of three girls, all either teenagers or quickly approaching teenagehood, it is scary to think about what they're about to be up against. I got pregnant when I was 15, so I've always been very open with them about waiting until they're older to have sex. I'm not dumb, though, I know it happens when it happens. For my sake, I hope it happens later rather than sooner! Here are lies that boys will tell to get your daughter into bed … feel free to leave your own in the comments!

Lies Boys Tell to Get Your Teen Daughter Into Bed

We know that not all boys lie, and I'm sure moms of boys are going to say “you need to write about girls, they're just as bad!”. But the truth of the matter is, I have experience being lied to by boys (and then men), and I have three daughters. So here it is, from my perspective. 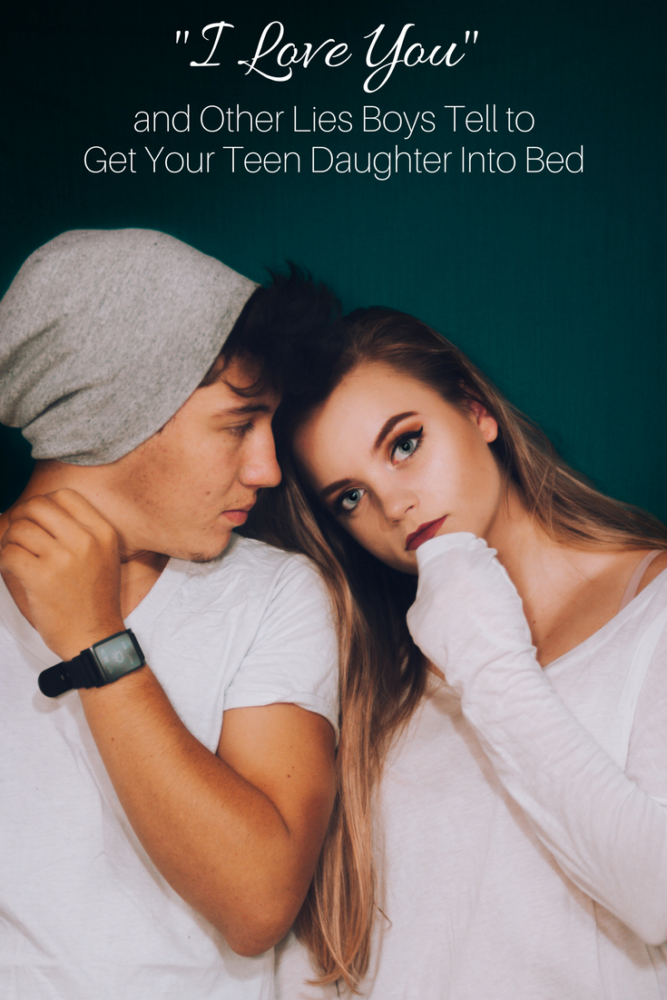 This lie is probably the most common one used to get girls (and women) into bed. They know that many girls have low self-esteem and will simply melt at the sound of “I love you”, or any version of it: “I've never felt this way about anyone before“, “we'll be together forever”. Yeah, buddy, like I haven't heard that one before. Next!

“I want to take our relationship to the next level.”

When a guy tells you that having sex will somehow form a stronger bond, deeper connection (no pun intended), or take your relationship to the next level, you know he's a slime ball. As a teenager, if you can't have a solid relationship with me without sex, you are not the guy for me. Period.

Homecoming, prom, or any day that ends in “Y” is a good excuse for a guy to try and get in your pants. Got a new job? Sex! Lost your job? Sex! Got ungrounded? Sex! You get the picture. Any time a guy tries to tell you that having sex will make the night “special”, run.

“I just want to cuddle.”

It starts out innocently enough, but we all know how it ends. I mean cuddling is fun and all, but with raging hormones involved, it'd be tough to say “no” after a certain point.

Unless you know the guy from school, he could be 24… or even 30. Make sure you know the person you're planning on having sex with. You know, really know them.

“I've never done this before.”

He might be telling you the truth when he says he's a virgin, but if he is pushing the sex issue, he may just be working towards putting another notch in his belt. 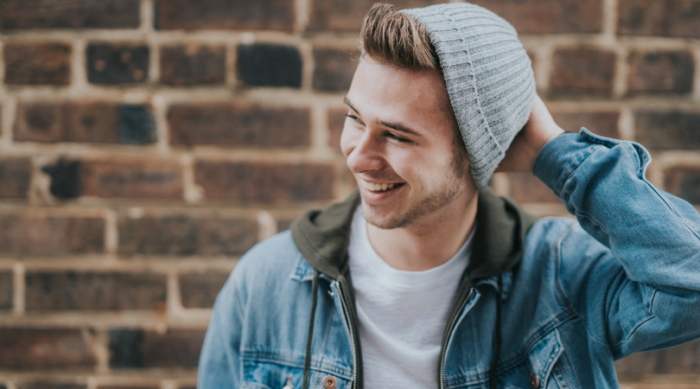 “You can't get pregnant your first time.”

This is what my 18 year old boyfriend told me when I was 15. I was clueless about sex and reproduction, so I bought it. My 16 year old is proof that you can, in fact, get pregnant the first time you ever have sex.

You might not hear this one as a teenager very often, but it seems to be a common one in your early 20s. Even if they think they can't make babies, there's almost always a chance they can get you pregnant. Always use birth control and condoms.

Okay, I'll give them this one… it might actually be true. But tread carefully because if you don't know him very well, he could have a girlfriend (or wife). That makes you the Side Chick, and nobody wants to be the Side Chick.

It's human nature to tell your best friend (or closest 10,000 friends on the internet if you're a guy who feels like bragging) that you just had an amazing (or awful) experience. Chances are, you'll want to spill your guts to someone once you have sex, too. If he says he won't tell anyone, it's probably a lie. With technology the way it is these days, I always tell my girls to be overly cautious. You don't want your intimate moments ending up on SnapChat.

This is another lie my first boyfriend told me. The truth is, the first time you have sex it can be extremely uncomfortable and yes, even painful. That doesn't mean you should be scared of the experience, it just means you should wait until you're older and able to handle everything that comes along with sex.

“If we use a condom, you can't get pregnant.”

Lies. Condoms don't always prevent pregnancies, and they can rip during intercourse. Condoms are 98% effective at preventing pregnancy IF used properly. If you're a teenager, chances are higher that you might not be using the condom properly. Factoring that in, condoms are actually around 85% effective. That means 15 out of 100 people who use condoms can get pregnant. As a teenager, your body can still be super fertile (I had two kids as a teen!). This means taking EXTRA precautions (like birth control and having access to a back-up like Plan B).

If I had a dollar for every time a guy tried to get me to sleep with him without STD testing by using this line, I would … uh, have a LOT more money. :) The only SURE way to know if a guy has a clean bill of health (and no STDs) is to get tested. Getting tested for STDs together is a sign you're both mature enough to talk about the risks of sexual activity, and practice safe sex. If a guy is too immature to go to the health clinic with you, how mature do you think he's going to be when he gets you pregnant or gives you herpes?

“If we use a condom, you can't get any diseases.”

Condoms don't prevent all diseases. Again, when used correctly, condoms are pretty effective when it comes to preventing diseases like HIV. Condoms are less effective against STDs such as herpes and syphillis.

More lies than we can count!

Even though this is a post about sex, I tried to keep it PG-ish, just in case teens are reading it. There are many other lies about sex (and about not getting pregnant, like the “pull out” method) that you should talk to your teen daughters about before they are sexually active.

When it comes to birth control, condoms, and emergency contraception, you'll need to make a judgment call on how you approach these topics. My Mom approached it by telling me that if you have sex before you're married, you will disappoint God and you'll burn in Hell (okay, I'm paraphrasing, but still). I remember trying to talk to her about birth control and she said “only whores need birth control”. I knew at that point that I definitely was not bringing the topic up again. I was pregnant less than a year later. She was raised in a Catholic household, and we were Christian, so I don't hold it against her that I didn't get any sex education. The school was just as bad, teaching “abstinence only”.

With my girls, I talk to them when I feel they're ready – not when THEY come to me, because that may never happen. We go on mother daughter dates quite often, so it's when we are alone and it's not too awkward to bring up. I'm careful about what I say and how I say things, because I still remember how my Mom's words stuck with me many years ago. I've told my 16 year old about birth control, and how to get it if she didn't feel comfortable coming to me about it. She knows about condoms (though she cringed when I mentioned the topic), and she knows about emergency contraception and Planned Parenthood. We've had very honest, in depth conversations about the topic of abortion as well, which I feel is important to talk about regardless of your personal feelings on the issue.

Overall, everything is trial and error. We have to talk to our girls (and boys) about sex – before they're ready to take that step. If not, we're all going to be grandmas before we're 35!