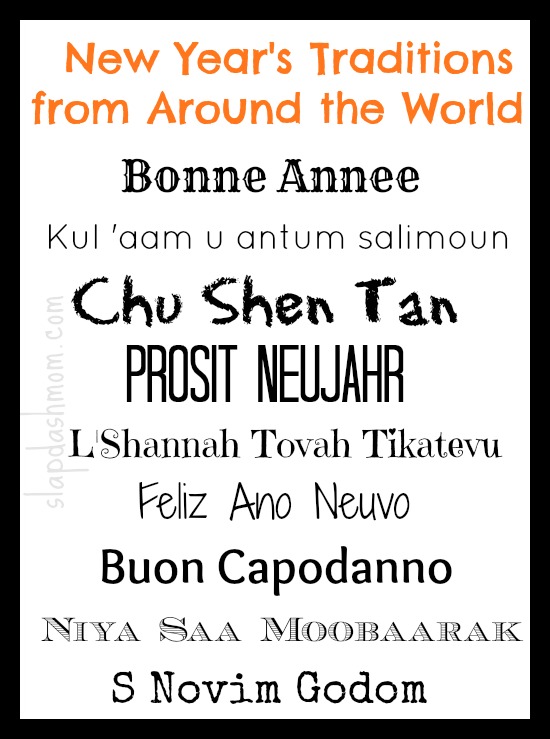 I love learning about new traditions… finding out what others do to celebrate “special” days, what they eat, and seeing how they are the same and they are different. My girls enjoy researching with me, as well! Sometimes, though, research takes a long time – so we've taken care of the legwork for you and are sharing New Year Traditions From Around the World! 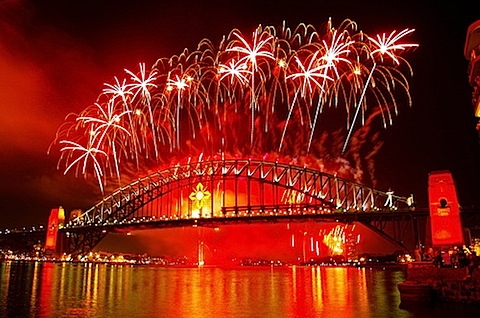 Many people have picnics or camp outs at the beach on January 1. Like in the United States, parties start on December 31st and at midnight they ring in the New Year with whistles, rattles, and bells. Unlike most areas in the U.S., Australia has awesome weather at this time and they celebrate with outdoor activities such as rodeos and surf carnivals.

The Buddhist New Year is joyous! People squirt water on everyone they meet in the streets (whether they know them or not!). The statues of the Buddha are bathed on this day as well. 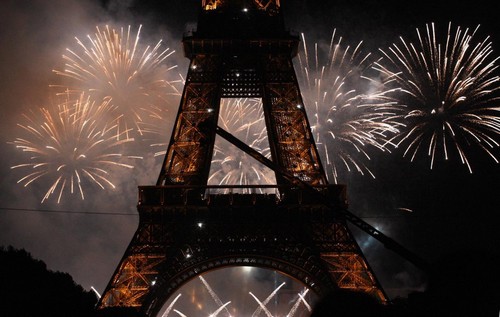 In France, they throw dinner parties (for the entire family) – cards and presents are exchanged, and it's a grand time! In 1582, the French adopted the reformed calendar which changed the beginning of the New Year from March 25 to January 1. Read more about the French New Year on About.com. 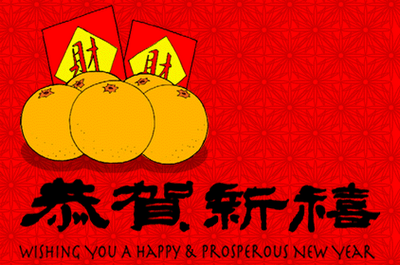 Oshogatsu, the Japanese New Year, is an important time for family – as shops and offices are closed. The New Year is on January 1, just as it is here in America, but it lasts 2 weeks.

To ward off evil spirits, the Japanese hang a rope of straw (which symbolizes happiness and good luck) across the front of their houses. To bring good luck in the New Year, Japanese people begin to laugh when the New Year begins.

A bell is rung 108 times to free the year from evil. Read more about the Japanese New Year.

Father Time has many traditions listed for countries across the world!