Home / Crafts & DIY / How to Host a Disney Frozen Inspired Party on a Budget (TONS of Ideas!) 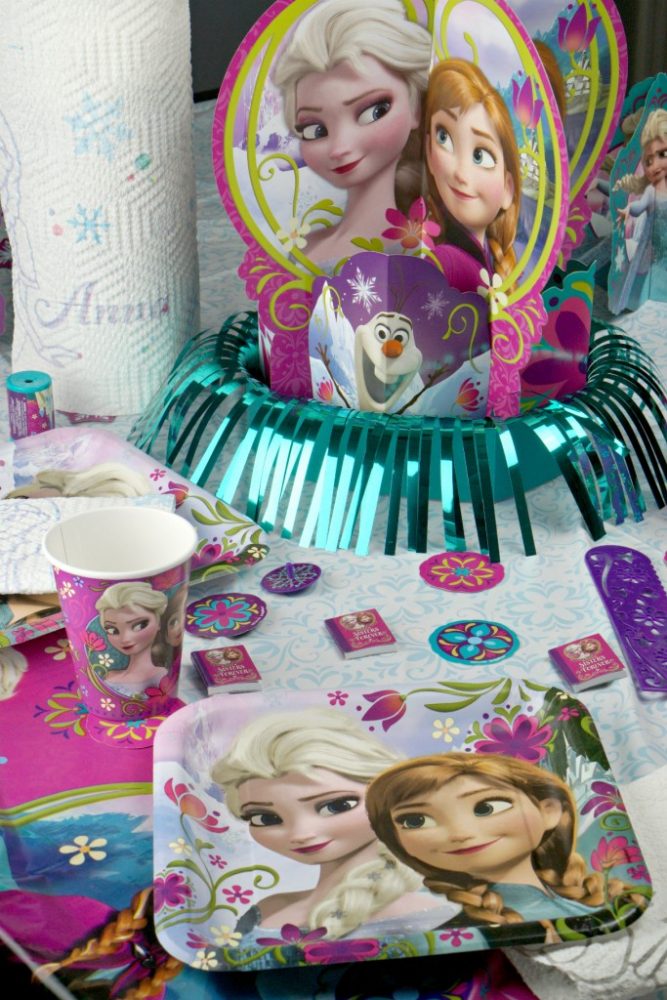 Note: Bounty paid me to say good things about them in this post. Just kidding! But this is a sponsored post! <3 Now, you can make clean up quick and fun for the whole family with limited edition Bounty Prints Featuring Disney Frozen!

How to Host a Disney Frozen Inspired Party on a Budget

We all know what it's like to have a budget crunch, but birthdays don't wait! I've rounded up this list of Disney Frozen Inspired Party DIYs so you can have an awesome party even if you don't have a huge budget.

Bounty Basic Frozen Prints were the first thing on our list. Bounty Prints Featuring Disney Frozen, “add a little magic to the mess”, right? The thought process here was that if we bought these paper towels, the kids would be excited about cleaning. Oh, that's not how it works? Worth a shot. NEW Bounty Prints Featuring Disney Frozen come in Paper Towels and Quilted Napkins. Bounty is 2x more absorbent vs. the leading ordinary brand. Because Bounty is more absorbent, the roll can last 50% longer.

Grab Bounty Prints Featuring Disney Frozen before they melt! Best of all, it’s the same Bounty paper towel you know and love! So if those bargain-brand paper towels are letting you down, it's time to try Bounty Basic for a deal that holds up. Bounty Basic is strong enough to handle life’s everyday spills and messes without breaking the bank. Bounty Basic Select-A-Size sheets also allow you to control just how much you use depending on the size of the mess.

Bounty is 2x more absorbent vs. the leading ordinary brand. You'll need Bounty Basic for all of the messes your guests are sure to create (see the snow globe idea below… whew!). You will also need cups and plates, and I hate dishes so I opted for paper and plastic! 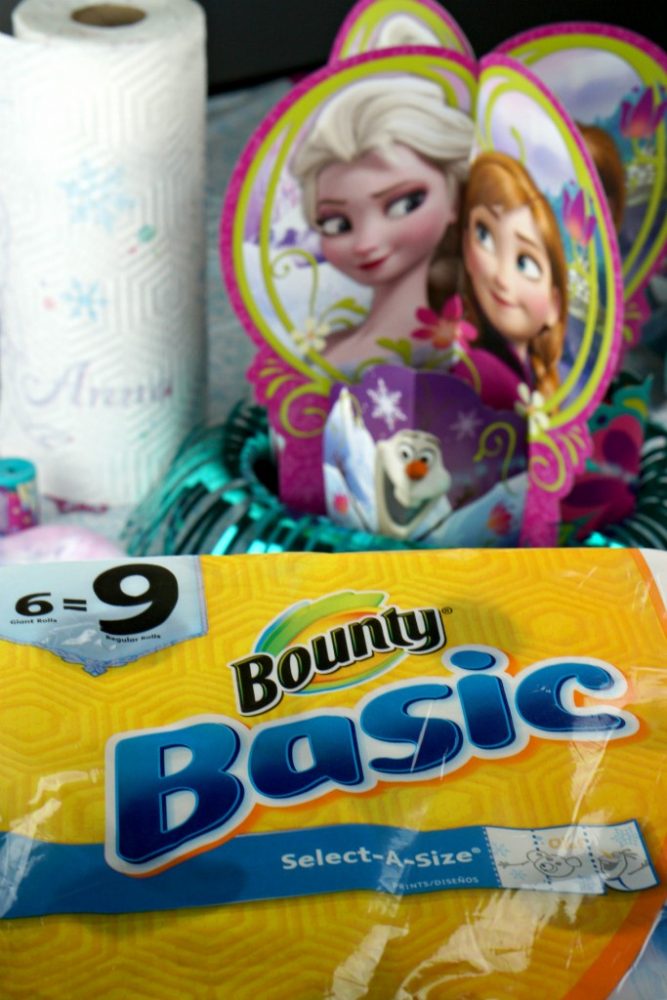 Next, Rach headed to the party aisle. We had a little extra, so we bought Frozen cups, party favors, plates, and decorations. You don't need to buy these things if you're on a tight budget, Rach just went a little crazy and had to BUY ALL THE FROZEN THINGS. ;) 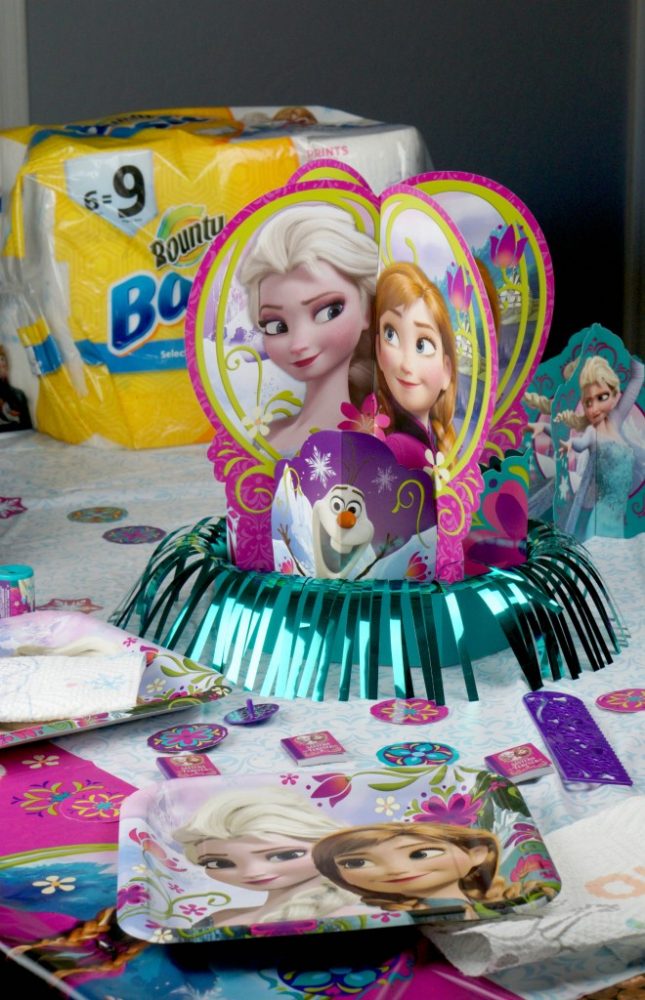 We spent less than $100 for all of the pre-made decorations, ingredients for food, and of the Bounty Prints Featuring Disney Frozen. The DIY part was free because we used materials we had on hand. If you didn't buy any party favors (make them instead!), and you did everything DIY from the list below, your costs could easily be less than $50! 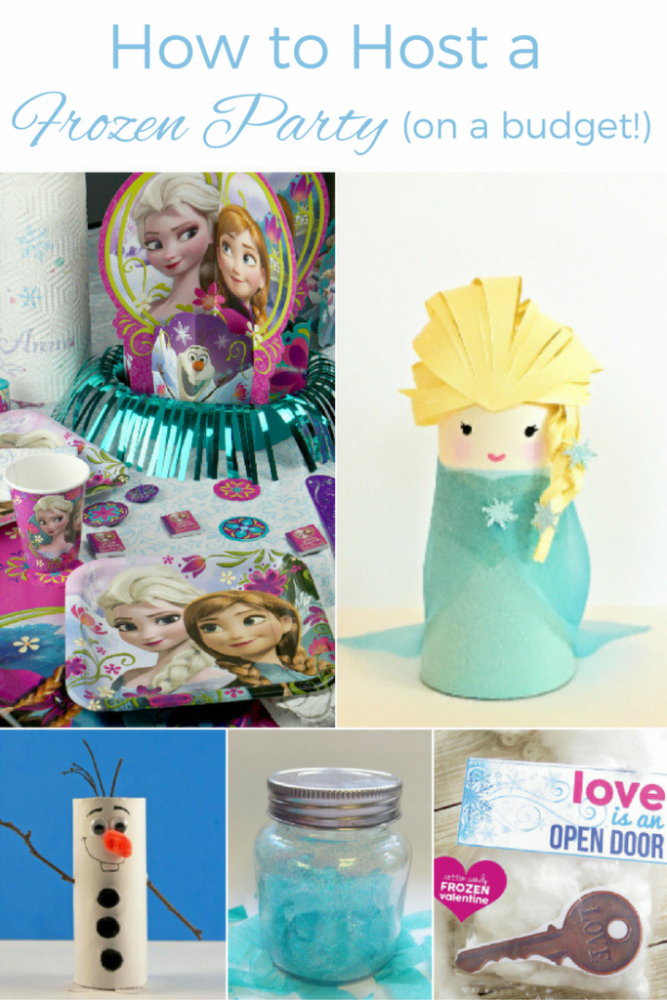 Many of the crafts I found use paper towel tubes, so be sure to save them from your Bounty Basic paper towels!